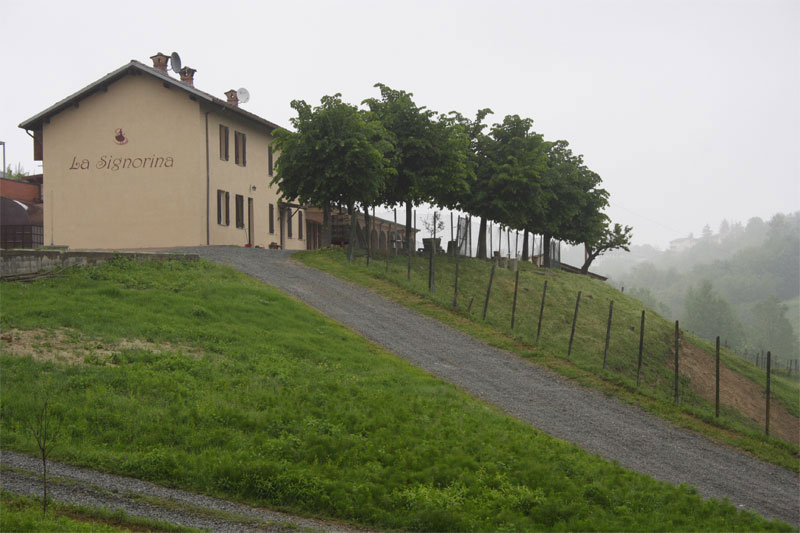 "My grandfather used to say that a glass of good wine,

No one should turn down a fine glass of wine offered by a lady, by a Signorina.

That is the origin of the name and the history of “Cascina La Signorina”. This name describes the picturesque estates in the highlands of Monferrato where the vineyards lay down on the gently rolling slopes of the Ovadese hills.

In 1982, a good year, Luciano Montagna fulfilled his lifelong dream and founded the “Cascina”, which he owned with his family since 1978.

In 2006 the important purchase of Cascina La Mora led to the creation of a highly modern vinification zone. A spacious wine-tasting hall was also introduced. This friendly environment can seat up to 80 people and it is an ideal place to enjoy wine, traditional specialities and other delicacies.

The Cascina covers 23 hectares. 11 of them are vineyards and the remaining 12 include fields, woods and streams.